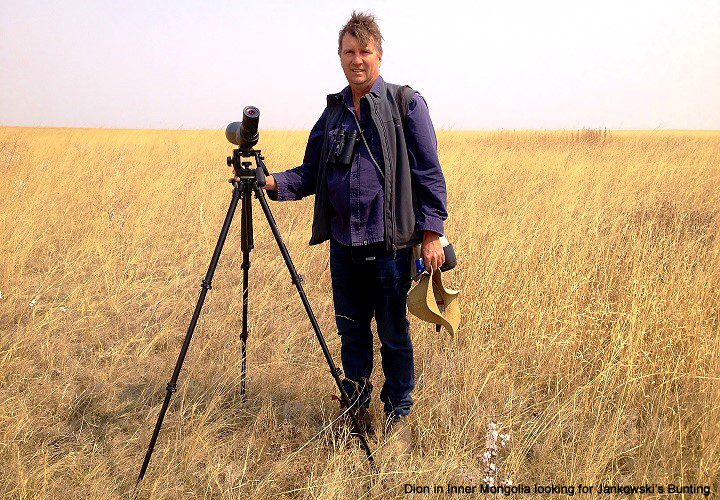 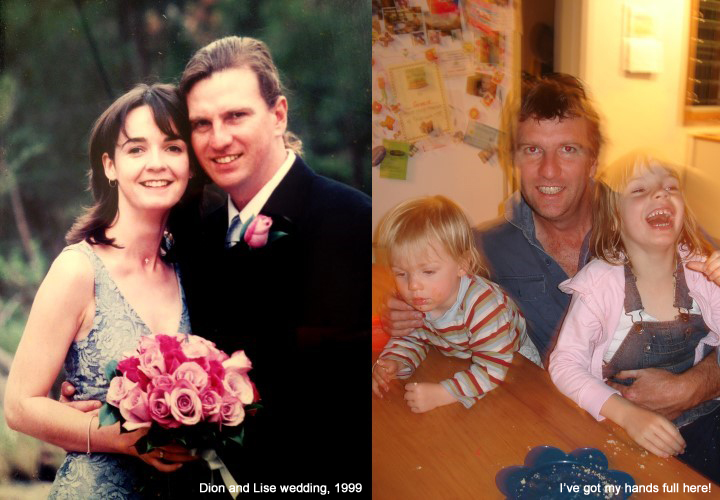 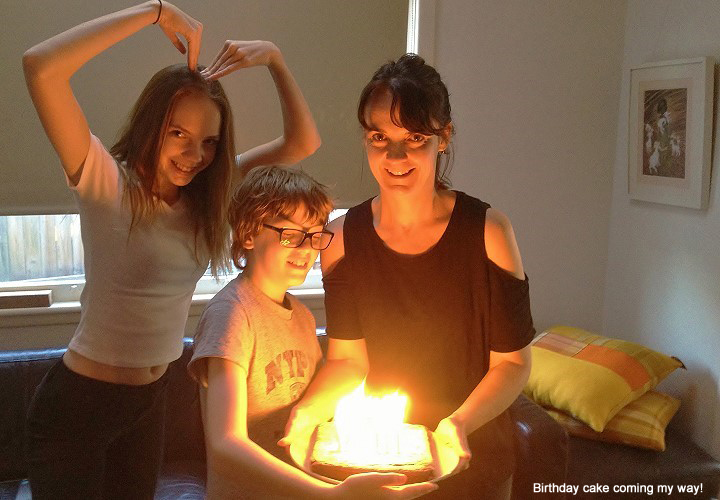 I typically find myself writing a field report and not one about myself, so this is an unusual tangent for me to digress on! I made my global debut in 1965 in Hobart, Tasmania, the remote island state off Australia’s southeast coast. It is famous for spectacular scenery, wild ocean scapes, peculiar marsupials and monotremes, a bunch of endemic birds, and a ton of delicious produce. My father had moved the family there at the invitation of the University of Hobart to establish a conservatorium of music. My mum worked as a pharmacist. My older sister and I free-ranged on a small farm block. With other kids, we would often line up so the resident ram could butt us in the backside to make our own fun. Such were the entertainment options in the pre-digital age. Some family friends, the Harwoods, gave me a book, Common Garden Birds of Australia, by Graeme Chapman. Using this guide, I figured out European Blackbirds and Masked Lapwings on the farm. I also studied dead bandicoots, played around with redback spiders, and well remember a good sighting of a Tiger Snake as I was walking to school.

My dad was successful in establishing the conservatorium for the University of Hobart and in 1972 took on the job as director for the Conservatorium of Music in Sydney, a significant promotion. Eventually we moved to a bushland suburb in Sydney’s north, and again I was given much time to navigate through the sandstone Eucalypt forests and gully rainforests, studying what was clearly becoming an obsession—the stunning native birds. There were Golden Whistlers, Eastern Yellow Robins, Superb Lyrebirds, Sacred Kingfishers, and a multitude of parrots and cockatoos close to the house. My father, traveling a lot for work, would bring home bird guides from Europe and the USA, and I started my library. Through high school, the passion for all things wildlife continued unabated.

Post high school, I moved to Western Australia just to travel. I was lucky enough to get a position as a Control Officer working for the Agricultural Protection Board of Western Australia. This involved living out of a four-wheel-drive vehicle for often twenty or more days consecutively, being fully self-sufficient, traversing often very remote terrain in isolated circumstances. My primary task was to identify and stop the spread of the familiar European Starling from South Australia into Western Australia. It was a bit of a dream come true for me, bouncing cross-country with my binoculars watching birds, wombats, and whales all day. My spotting skills were in demand, and whenever a farmer reported a potential sighting, I was sent in to confirm or deny.

Eventually the extreme isolation kicked in, so I changed scenery, this time to far north Queensland. Here I lived in Julatten near the well-known Kingfisher Park. I had been invited by a wildlife photographer couple, Hans and Judy Beste, to help them photograph the mammals of Queensland. I spent my days catching possums, locating bird nests, managing a small captive collection of animals to be photographed, and, typically again, just being let loose to roam the tropical forests. Hans and Judy were both keen birders, and we had several outstanding trips, one of which included hitchhiking and backpacking around Papua New Guinea for two and a half months in 1987.

Hans and Judy moved to southeast Queensland, and I returned to Sydney. Again, I landed on my feet, getting a position at Taronga Zoo. Here I worked across the full spectrum of captive animal management from large carnivores, elephants, and a bird collection then in its heyday of over 220 species to ultimately managing the collection of reptiles and amphibians. A specialty of mine were the endangered breeding programs for several critically threatened frogs. Wrangling Taipans, feeding Sumatran Tigers, catching a Victoria’s Crowned Pigeon, moving a Southern Cassowary—the list of daily tasks was quite varied. The zoo management were kind to me and allowed me to participate in a number of other research programs, from a winter voyage to Antarctica to assisting the Queensland Forestry Department with surveying endangered species, helping the NSW National Parks with identifying biodiversity hotpots, and managing coastal development and seabird surveys for the federal scientific research organization CSIRO. I have a lot of great memories from my time at Taronga.

By now it was 2000. Lise and I had married in 1999. I had bumped into David Bishop several times in the field, including in Borneo. We swapped cassettes of bird song, mud maps of rarity stakeouts, and talked birds when we crossed paths. He invited me to his property north of Sydney and asked if I would be available to help him lead a VENT tour to Papua New Guinea. This I did, and David appreciated my presence enormously, as I could assist him with the often tricky logistics and difficult bird-spotting in this fantastic country. Shortly afterwards, the leader of the Australian tours, Mike Carter, had to drop out of leading the “Australian Highlights” tour and asked me at short notice if I could take it over for him. This I did. It coincided with the arrival of my daughter Grace and the infamous September 11, 2001. Some participants wrote particularly glowing evaluations they sent my way. Shortly afterwards, I organized a tour for Victor himself to Tasmania with another VENT group. Victor enjoyed the trip and asked me if I would be prepared to lead for him full-time.

Now it is the unforgettable year 2020, and Grace will shortly turn 19! In the interim, young Daniel made his global debut in 2005, both of my parents sadly passed away, and I have led at least 190 tours for VENT and have shown half of the world’s birds to people sharing my tour trajectory. If I were to be struck by lightning today, I could not have a single complaint about the amazingly rich and varied life I have been able to lead. I owe all of this success to my wonderful wife, Lise, who has allowed me to follow my lifelong interest. She is truly an extraordinary person—a rare diamond. Many others, including David and Victor, have given me tremendous opportunities, and if I had a mantra for younger readers, it would be: if you get a chance, take it! You never know where it may lead.

Hopefully the corona situation will improve within the next six months, and once again we can get back out in the natural world safely and enjoy the amazing natural history of Planet Earth. I look forward to sharing it with you.